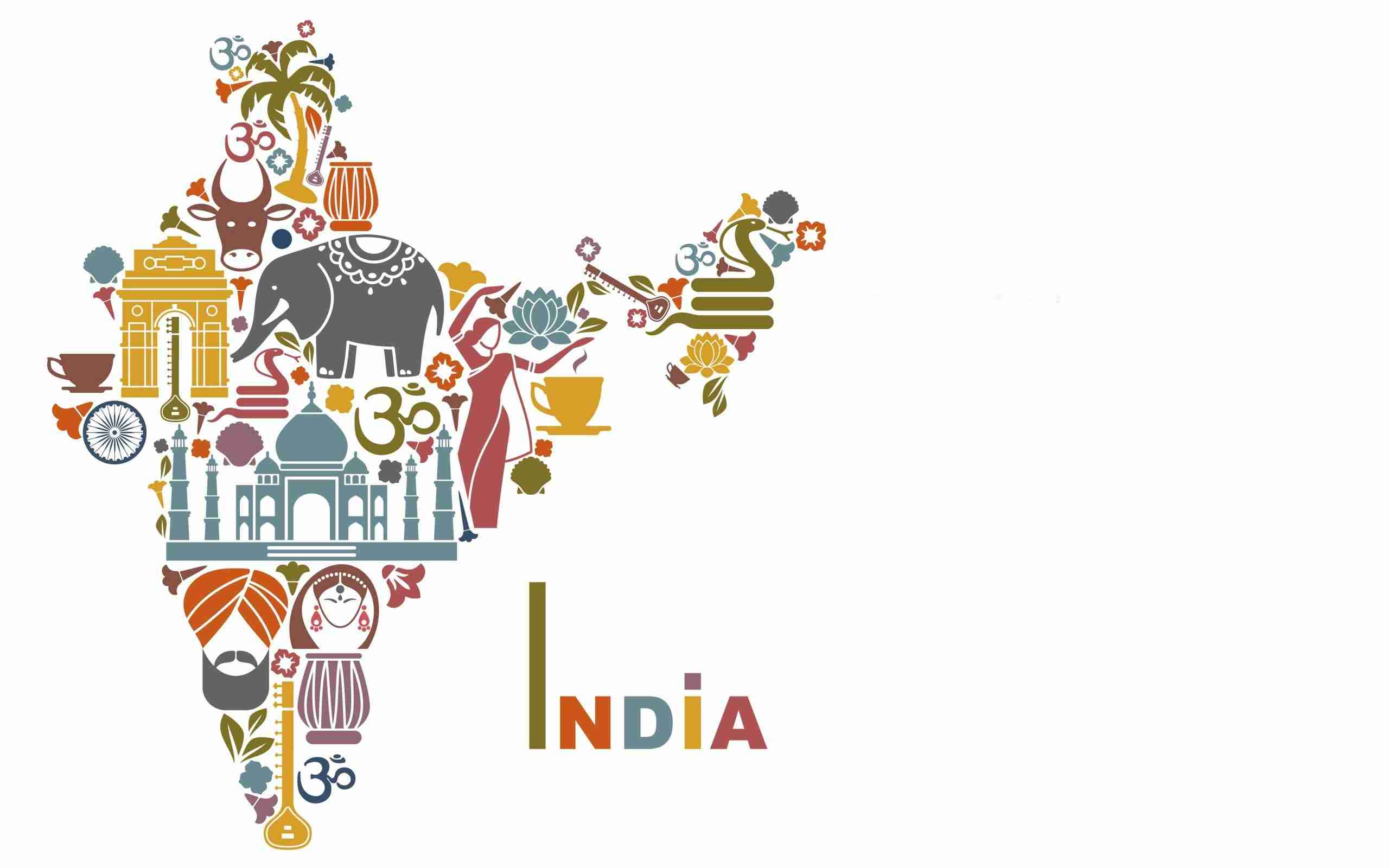 India, the Republic of India is a country in South Asia, and in Hindi the country known as Bharat. It is the second-populated country, the seventh-largest country by area. Also, the world’s most populous democracy. Since 1950 India has been a secular federal republic and ruled by the parliament. This is a multiethnic, pluralistic, multilingual culture.
In, 1951 the population of India was 361 million. As of 2018, the total population of India roses to 1.3526 Billion. At the same time, it’s per capita nominal income rose from US$ 64 to US$ 1,498. Not only population or per capita income but its literacy rate also increases from 16.6% to 74%. Hence, India has become a fast-growing global economy. Also, the fastest-growing centre for information technology services.
The capital of India is Delhi. There are 28 states and 8 Union territories in the country. The union territories are smaller than the states—sometimes they are just one city. India has 23 official languages in which includes Hindi and English.

The Indian economy was worth $2.9 trillion in 2019. It is the fifth-largest economy by market exchange rates and stands at about $11 trillion. With an average annual GDP growth rate of 5.8 percent over the past two decades and hitting 6.1 percent in 2011–2012. India is one of the fastest-growing economies in the world. Wide-ranging state interference and taxation have walled the economy off from outside. Since 1 January 1995, India has been also a become member of the WTO. The Indian labor force of 513.7 million employees is the second highest in the world. The service sector accounts for 55.6% of GDP, 26.3% of the manufacturing sector, and 18.1% of the agricultural sector. India’s foreign-exchange remittances of US$ 70 billion in 2014, the highest in the world. Also, India ‘s average economic growth rate of 7.5 percent for several years.
The Indian rupee (denoted with the symbol: ₹; or: INR) is the official currency of India.
1 United States Dollar equals 74.81 Indian Rupee. One Euro equals 86.65 Indian Rupee.

India boasts 14 million doctors. India’s health-care system lacks three factors i.e. availability, use, and achievement. Additionally, in areas with poor people, there is a lack of enough infrastructure. The rural areas of India lack medical professionals. In urban areas, 74 percent of physicians serve the remaining 28 percent of the population. The Constitution makes sure the state governments to provide healthcare in India. It makes each state responsible for “increasing its people’s nutrition and living standards.” Also, improving public health as one of its primary responsibilities.

The Indian government-sponsored and controlled the education system public schools in India. Basically, the Indian education system is divided into three levels:
Central, State, and Local, and Private.
Education is a free and compulsory fundamental right for children aged from 6 to 14. India has made progress in raising the rate of primary education attainment. Although, approximately 75 percent of the population aged 7 to 10 years was literate in 2011. India ‘s enhanced education program has major contributors to its economic growth. If you are planning for going to India for higher education. Check Indian Higher Education.

Indian tourism is important for the economy of the country. The Tourism Council estimated that in 2018, tourism produced some 1,691 lakh crore. Also, 9.2% of India’s GDP and funded 42,673 million jobs, 8.1% of its total employment. India ‘s medical tourism sector was estimated to be worth US$ 3bn in October 2015. And is also expected to grow to US$ 7–8bn by 2020. In 2014, 184,298 patients from outside India travelled to receive medical attention.
In 2014 the most popular tourist states were Tamil Nadu, Maharashtra.
However, Delhi, Mumbai, Chennai, Agra, and Jaipur were India ‘s five most visited cities. Worldwide, the number of international tourist arrivals ranks Delhi 28th. While ranks Mumbai 30th, Chennai 43rd, Agra 45, Jaipur 52nd, and Kolkata 90. Also, See the best places to visit in India.

India allows people from most countries to hold a valid passport. Apply for a travel visa before their visit to the nearest Indian embassy or consulate. Travellers may apply by mail or in person, or via their company for local travel services. India has launched an electronic form of applying visas for residents of countries.
Bhutan, Maldives and Nepal nationals don’t need a travel visa to enter India. Afghan nationals, Argentina, Bangladesh, DPR Korea, Jamaica, Maldives, Mauritius, Mongolia, Nepal, South Africa, and Uruguay are not expected to pay an Indian visa fee.
A Protected Area Permit is also required to reach Nagaland and Sikkim states. A Restricted Area Permit (RAP) is required to access Sikkim and parts of the Andaman Islands. Visiting the Lakshadweep Islands need special permits.

In November 2014, the Indian Government adopted a new visa policy as a step to improve tourism. This enables tourists and business travellers to receive a “visa on arrival”. You can get e-visa before arrival through Electronic Travel Authorization (ETA) online. E visa can be also obtained without visiting an Indian consulate or visa centre. In April 2015, to avoid confusion, the “visa on arrival” program was changed to “e-Tourist Visa” (or “e-TV”). Take a look here to apply for an Indian visa. For more information read how to apply for a visa to India.

Several groupings are commonly recognized as legitimate refugees under Indian law. Which include Tibetans, Tamils from Sri Lanka, Indians affected by the 1972 expulsion. India, as the birthplace of many religions, most especially Hinduism, Buddhism, Sikhism. They recognize adherents of India, are persecuted as refugees in their home states. These are victims of the Indian Partition and the Bangladesh genocide of 1971.
Most legal refugees are religious minorities who fled persecution after India gained independence. The term does not include illegal immigrants to India.
Foreigners entering or living in India without a valid visa are illegal immigrants. They may be got detained and deported, as they pore a danger to the country. Although, the government is not a signatory to the Refugee Convention. Thus, the principles of non-refoulment and expulsion prevention of the United Nations do not apply in India. For more information read how to apply for asylum.
If you are looking for How To Find A Job in India than see Searching For Job in India?