Foreign nationals regularly resident in Italy can access the facilities of the National Health Service (S.S.N.) in different ways depending on the reason for the stay. Foreign citizens with a regular residence permit can register at S.S.N. by addressing the ASL of the City of residence, or if not yet resident, of the actual domicile indicated in the residence permit. Health care is extended to family members who are regularly resident in Italy.

In fact, some regions do not recognize the rights enshrined in the law: such as the protection of the child, the exemption from the ticket for the STPs, or the possibility of voluntary registration with the Ssn. Legislative Decree 142 of 2015 on reception and asylum, according to which people who apply for protection until they receive the documents must access the health service through the STP procedure . ‘Probably the person who wrote the rule did not want to create holes, but this has increased the confusion, the asylum seeker can not be compared to an irregular, because it is inside an inclusion process that may fail, but as long as it fails it goes protected.

Legislation provides for access to care to be protected through the use of interpreters and mediators. But there are few trained practitioners so far, because the theme of psychological, cognitive and behavioral disorders of migrants is still underestimated. Several international organizations, over the last period, have repeatedly launched an alert on the invisible wounds of those arriving after overcoming a grueling trip and having suffered all forms of abuse and torture. Doctors Without Frontiers denounced this situation in their report “Traumas Ignored”, but also Medu (Human Rights Officers) did the same in the “Exodus” dossier.

“All refugees are to be regarded as potentially vulnerable subjects, since exile is

for itself a traumatic experience. The particular vulnerability and the suffering baggage of

which is carried by every refugee, does not necessarily and automatically however translate into psychopathological disorders. RTP victims of torture, rape, abuses or extreme traumas of other nature (prolonged prisons in isolation and / or inhuman and degrading conditions, shipwrecks, witnesses of violent deaths, etc.) may have postoperative, latent or sub-clinical psychopathological frameworks. This type of refugees must be considered as highly vulnerable and actions must therefore be taken and specific procedures aimed at early detection of these people” it says in the Guidelines for the programming of assistance and rehabilitation interventions and for the treatment of psychological disorders of refugee status holders and subsidiary protection status that have suffered torture, rape or other forms of psychological, physical or sexual violence. http://www.salute.gov.it/imgs/C_17_pubblicazioni_2599_allegato.pdf

The ministerial decree of April 3, 2017 adopting the Guidelines on assistance, rehabilitation and treatment of the mental disorders of refugees and people who have been subjected to torture, rape or other serious forms of psychological, physical or sexual violence, including any training and updating programs specific to healthcare personnel, in pursuance of Article 27 paragraph 1 bis of Legislative Decree no. 18/2014.

On Mental Health of refugees: a new plan for welcoming them http://www.sprar.it/wp-content/uploads/2017/02/06-Quaderno-SC-Salute-mentale-rifugiati.pdf

Roberto Beneduce is one of the most important representative of ethno-psychiatry in Italy. His centre Frantz Fanon http://associazionefanon.it/ has an association and a centre for psychological health. It is located in  via San Francesco d’Assisi 3, in Torino and offers psychotherapy and psychosocial support for immigrants, refugees and torture victims.

There is a therapy called Eye Movement Desensitization and Reprocessing http://emdr.it In Italy is practised here:

In 2006 EMERGENCY opened an Outpatient Clinic in Palermo, Sicily, to guarantee free healthcare to migrants – with or without residence permits – and to any person in need. They are also Outpatient Clinic in Marghera, near Venice; in July 2013 with the Polistena Clinic (Calabria region, Southern Italy); and in 2015 with the Castel Volturno Clinic and the Naples Clinic (Campania region, Southern Italy).

They also have mobile clinics to bring assistance directly where it is needed.

A team of EMERGENCY doctors and cultural mediators is working in Sicily since summer 2013 to guarantee basic healthcare to the migrants who are coming ashore.

A project aimed at offering social-medical counselling on a mobile clinic in Latina from December 2016.

More informations about infopoints in other cities 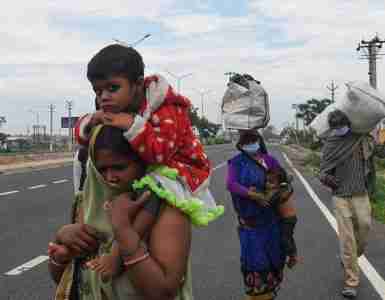 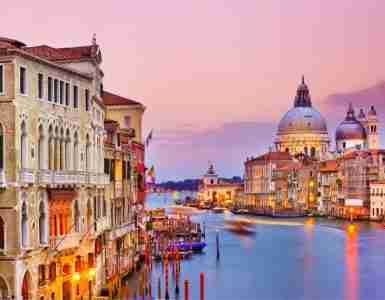 How Much Will An Italy Trip Costs? Let’s Know!!

Italy is a country where thousands of people across the globe to visit each year.  It is famous  in the world  for its fascinating and beautiful landscapes.This European nation  has a reputation for being a very...

Tour prices for the United States of America