The top banks in UAE are:

Emirates NBD is the largest banking group in the Middle East. It is headquartered in Dubai and employs 9,000 staff. The bank currently manages 221 branches and 1,023 ATMs and SDMs in UAE and overseas. It operates through different business segments: Retail Banking and Wealth Management, Wholesale Banking, Islamic Banking (IB), International, and Information Technology and Operations.

Established in 1968, the National Bank of Abu Dhabi is the largest lender among banks in UAE. It provides corporate, retail, private, investment, and Islamic banking services. The bank is headquartered in Abu Dhabi and is present in 19 countries across the world.

Dubai Islamic Bank came into existence in 1975 and is headquartered in Dubai. The bank operates through its Consumer Banking, Corporate Banking, Real Estate Development, Treasury, and Other business segments. It serves around 1.7 million customers and maintains 90 branches across UAE.

Mashreq Bank was founded in 1967, making it one of the older banks in UAE, and is headquartered in Dubai. The bank is a Joint Stock Company and is an associated company of the HSBC Group. It provides retail banking, commercial banking, investment banking, Islamic banking, brokerage services, and asset management services. The bank operates around 45 domestic branches and 20 international branches and is present in Egypt, Qatar, Kuwait, and Bahrain. It currently employs around 4,000 staff.

The bank was established in 1997 and is headquartered in Abu Dhabi. It operates through the following segments: Global Retail Banking, Global Wholesale Banking, Private Banking, Treasury, Real Estate, and Others. It is present in Egypt, Iraq, Saudi Arabia, and the UK.

In 2016, the total assets of the bank amounted to US$33 billion and net profit reached US$531 million.

Founded in 1982, Union National Bank provides commercial and investment banking services to salaried individuals, self-employed individuals, high net worth individuals, and business entities in the UAE and other countries. Headquartered in Abu Dhabi, the bank manages a network of 76 branches around the world. It operates through its International and Financial Institutions division and Treasury and Investments division.

The Commercial Bank of Dubai was founded in 1969 and is headquartered in Dubai. The bank offers corporate banking, commercial banking, personal banking, Islamic banking, and support services. As the 35th largest bank in the Persian Gulf region, it is one of the most important banks in UAE.

Established in 1976, RAKBank is headquartered in Ras Al-Khaimah, UAE. It is also known as the National Bank of Ras Al Khaimah (P.J.S.C). The bank provides retail and commercial banking services to individuals and businesses in UAE. The business operates through five segments: Retail Banking, Wholesale Banking, Business Banking, Treasury, and Insurance Business. It manages a network of 38 branches and serves around 700,000 customers.

In 2016, the total assets of the bank amounted to US$11 billion and net profit reached US$180 million.

Iraq Banks & Financial Systems  Below is a list of Iraqi Banks in Baghdad and outlying provinces. As in Dec. 2013, there are 64 banks in Iraq. There are several types of Iraqi banks: 1. State Bank or Federal Banks...

Hong Kong is one of the world’s leading banking jurisdictions. This article is mainly about how to open personal and business bank accounts, how to apply for credit, how to set up a merchant account and how to transfer... 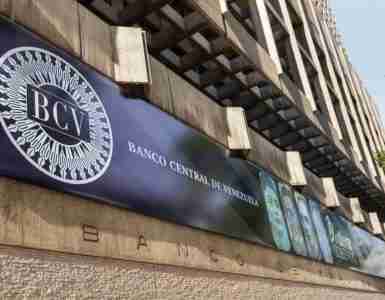 How To Find A Job,List Of Top Paid Jobs In Palestine

How To Apply For A Job In South Sudan

How Much Will It Cost To Live In Iraq

The Means Of Transportation System in South Sudan

How To Find A Job In Hong-Kong

Overview of Banks in Colombia.